Meet the Modul family – the team behind innovative modular housing 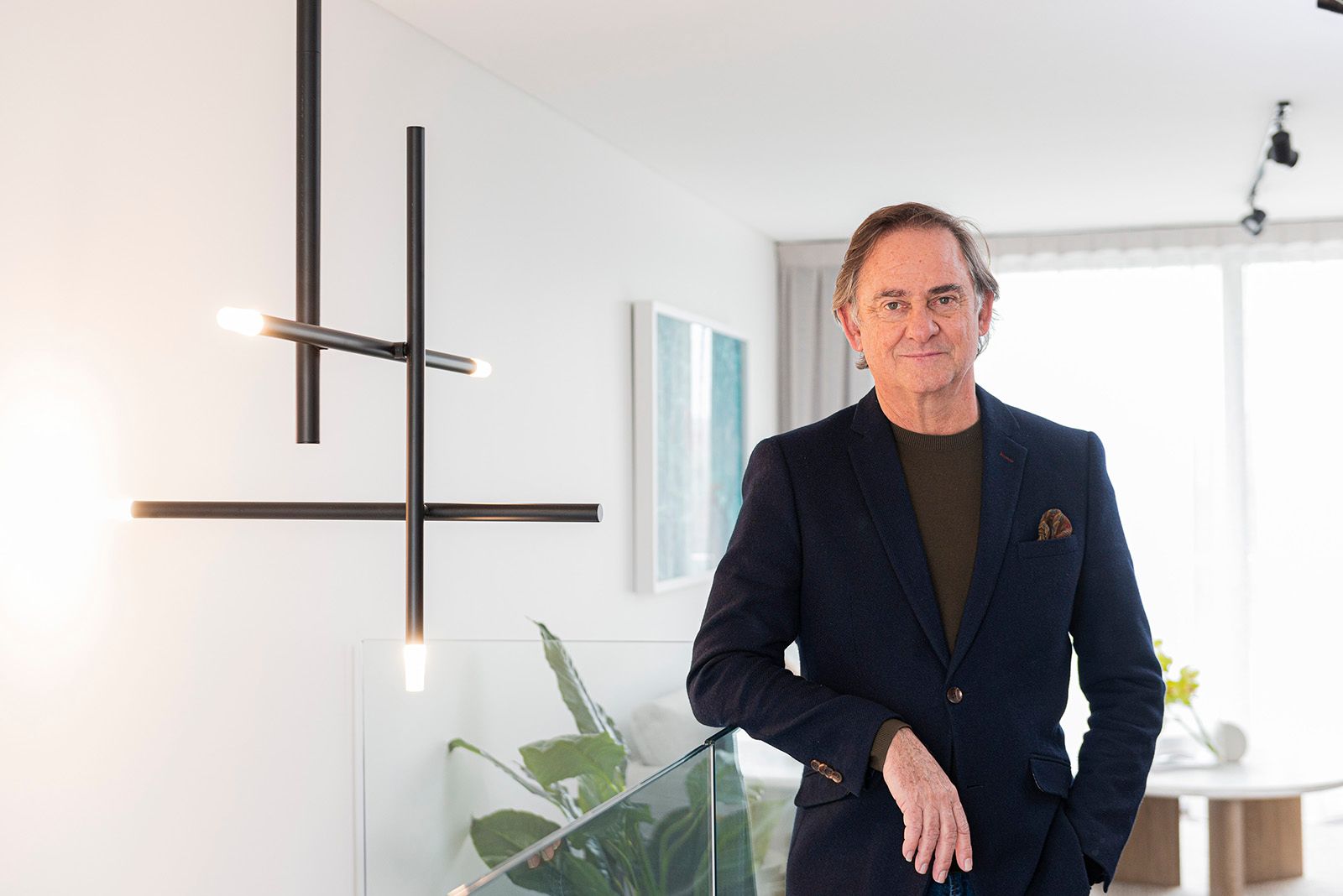 Modul homes have been three years in the making, longer if you count the fact that the company’s managing director Tony Houston and architect Allan Shanahan have been friends since they were six years old, and working together since their 20s. Add Modul co-director Robyn Neil to this combination and you’ve got yourself a powerhouse team.

Tony and Allan were neighbours in the Auckland suburb of Mt Albert in the 60s and 70s. “I always wanted to be a builder,” says Tony. “I had a building apprenticeship lined up for when I left school, but it fell through because of the recession. So I went into the clothing trade, like my father and brother. I worked for Cambridge Clothing in New Lynn before heading to Australia.”

Allan flatted with Tony in Melbourne. It was there, while still in the ‘rag trade’, that Tony started renovating his own house. “I was figuring it out as I went along,” he says. “By the time Allan and I came back to New Zealand – I was in my 30s then – we were keen to start our own building company.”

“That was Shanahan & Houston,” says Allan. “We had the company for 10 years, then started Style Life Homes. Later, Tony and his wife Robyn had a company that built houses on Auckland’s North Shore, as well as the first house in the successful Hobsonville Point development.” It was Allan who designed every home the company built in Hobsonville Point – some 400 houses.

“Our first company, Shanahan & Houston, was high-end northern slopes spec houses mainly,” he says. “It might sound a bit implausible, but we were genuinely motivated to build homes because we enjoyed it, it wasn’t about money.”

Robyn Neil, Modul co-director and Tony’s wife, bought one of the early homes – that’s how the couple met – although she wasn’t convinced by the first house she viewed.

“She told the agent ‘the house isn’t right for me, but that Houston fella can park his shoes under my bed!’” laughs Tony. “I think she tells the story a bit differently mind you, but that's my version!”

Robyn’s version isn’t too different and, teasing aside, Robyn acknowledges that she and Tony work very well together. They are co-founders of well-known Auckland building company, the Neilston Group, the company responsible for the Modul brand.

“We are a strong team, and we’re fortunate that my brother Ron Neil works with us. It’s very important who we work with, we look after each other and that gives us a lot of capability.”

Robyn is a skilled accountant and Modul’s financial director. Although she appreciates the ‘applied creativity’ of cost accounting for building and property development, “bringing together all the moving parts – how much will it cost, what is required – then when it’s built, understanding what worked and what can be better,” Robyn says she is more of an outdoors person. A passion is field hockey and she has served on the Auckland Hockey Board and contributed to Auckland Hockey and NZ Hockey as team manager (and mum) to numerous teams including the Auckland NHL team and Black Sticks Women.

“I didn’t really expect to follow in my late father’s footsteps and go into building,” she says. “But it is pretty special to be here now, and seeing those first Modul houses arrive at the site felt like a unique privilege to come full circle like that.”

Robyn’s father founded Neil Housing company in the 1950s, and for the next two decades Ron Neil and his company built an astonishing number of comfortable, affordable homes in Auckland. Ron’s goal was to provide quality homes to first-home buyers, and it’s the same ethos behind the Neilston Group and Modul homes.

Modul homes have landed in Auckland

Modul homes are a first for New Zealand. Although the NZ building industry has seen plenty of group building, format design, standardised building and the use of prefabrication, Modul is different. Each home is manufactured offshore – in its entirety – and shipped as a single unit. The home is then installed on foundations at the site, connected to electricity and water, and it’s ready to move in – in as few as four weeks.

Stay up to date on when, where and how you can purchase your Modul home.